Movie: The Girl on the Train

Read The Girl on the Train book review! 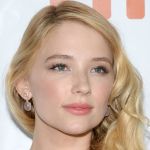 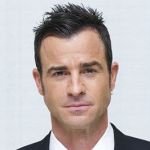 Remind me what it’s about…
Three beautiful and mentally unbalanced women. Just kidding (but not really).

But there’s a lot going on with these characters, so here is a hideous chart to show how they are all connected.

While all the women are the storytellers, titular character Rachel (Blunt) is at the center of the plot. She is a drunk divorcee who rides the train every day under the ruse she is going to work (but she’s actually been fired) and becomes obsessed with one couple she passes daily, Scott (Evans) and Megan (Bennett) Hipwell.

One day Megan goes missing. That same morning Rachel saw something that compels her to involve herself in the investigation. Rachel’s presence in Anna’s (Ferguson) neighborhood is deeply troubling to her, especially since Rachel continuously calls and harasses Tom (Theroux) during her (frequent) blackouts.

What did you think?
I thought the movie was really good! It was exciting, the cast was great and I like anything with a good plot twist.

The only gripe I have is that sometimes the shift in time is not always apparent. It’s very clearly announced when the story goes back in time (ex. “4 Weeks Earlier”) but then it’s not always clear that we’ve come back to the present. I just wish that they took a moment to show “Present Day” when we shift back. It normally only took a second to figure it out, but I’d rather stay connected with the movie the whole time than to pause and have to think “wait, is the present day or still the past?”

Other than that it was quite good.

Was it a good adaption?
Yeah, it was pretty much seeing the book played on screen. It’s definitely one of the most accurate adaptions I’ve ever seen. The biggest difference is that Rachel is always described as being fat/having gained so much weight and Emily Blunt is thin. A few things here and there weren’t exact but that’d be impossible. Top marks for adaption✓

Should I watch it?
Yes! I would recommend everyone go see it. Not necessarily something you have to see in theaters but it’s kind of fun to watch with a crowd, especially when the crowd is full of people who haven’t read the book.

One thought on “The Girl on the Train: Movie Review”

I Never Had It Made
by Jackie Robinson
tagged: currently-reading

Sharing is caring
When you're walking to work and you find a book with a note "Free" on it, you know it's going to be a good day🚶🏽📚👍🏽 - #books #bookstagram #bookworm #bookdragon #igbooks #booklover #fridayfinds
A Song of Ice and Fire/Game of Thrones is one of the best book/TV series that will break your heart and ruin your life. #currentlyreading #gameofthrones #asongoficeandfire #astormofswords #books #bookstagram #jonsnow #ghost #igreads #bookworm #bookdragon #bookish #bibliophile #bookaddict #booklover

Books and Series I Love

It's In The Details

Living At 24 Frames Per Second

Literary Homicide with TropicalMary
A World of Weird

Books Chase Away the Blues

and they were spoken

Head in the Clouds, Heart in the Books

Dreaming and reading through life

Thoughts of a twenty-something film fan, reader and geek

one girl's journey - a la folie

I drink a lot of coffee and talk a lot of sass. it's all just fodder for the tell-all.

Where it's clever to read Young Adult!

the blog of a bookish, nut-allergic girl